Fantasy sports based on real data 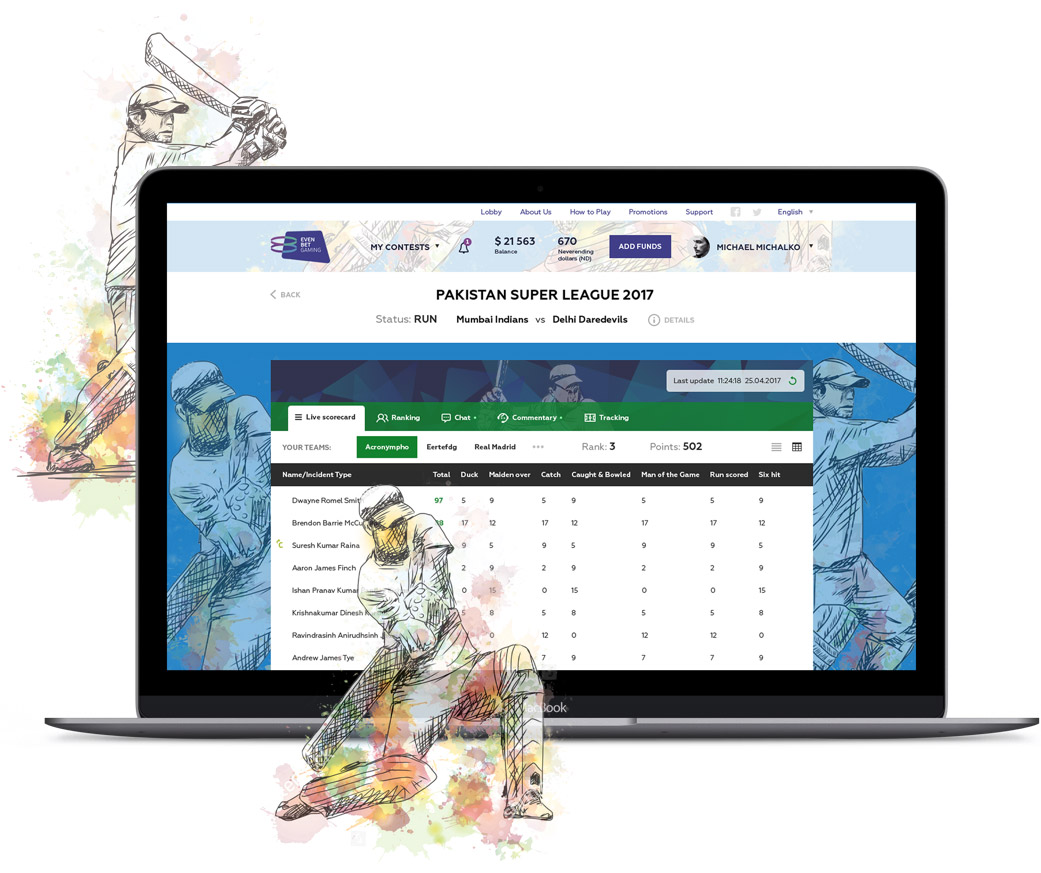 A project that will appeal to all sports fans. Are you good at any kind of sport? Are you interested in the success of athletes and their performance? Then welcome to the game!

Using this service, as a football fan, you can create your own unique team of real players and watch a real match between your team and opponents. It is noteworthy that each match takes place online, the entire course of the game and the statistics of your dream-team are always in front of your eyes.

The game proceeds according to the following scenario. The user enters the PW (service website), selects the upcoming event of interest — a competition or a match. Then the user collects his fantasy from the presented athletes. For example, if the Brazilian football team plays against the Greek national team, the user has the right to take athletes from any of these teams, based on his own preferences and the analysis of the players' performance.

Your game starts simultaneously with the selected event. You can see in real-time the full statistics of a sporting event — goals, fouls, saves, violations, and so on. At the end of the match, the points received by your team are automatically calculated. Then you will see the final list of fantasy teams, ranked by the sum of their points. In the final — rewarding teams.

Key technical features of the project:


What tasks do we solve?

The main admin panel is Core. It is an integrator of various sporting events: matches, leagues, all events during a sporting event, etc. All this is achieved through API integration with sports data providers.

The next level of the administrative panel is UM. At this level, customer deliveries are created, customer management — for whom and what service functions to open, how to configure them, and so on.

The last level of the administrative panel is AP. It is intended for direct management of the site, which is seen by the end-users of the system — the players..

Use the site right now

or just rate the design and functionality of the service